-"Some stuff and some things." (A Work in Progress Title)-

Last year at Brickworld 2013, I was offered to go to the film festival after meeting what then wasn't called but now is "IMPLUG". With nothing better to do for the day, I agreed and was really blown away by their Nottingham Tower. They took home Most Popular Film and From Bakers to Bad Guys took Best Film. After seeing the majority of entries for that year, I knew I had a really good shot at doing well.

I began animating a while ago (2011 est.). My real first animation was pretty much a disaster. It was made over the course of one afternoon at a friend's house. The quality is pretty bad. It still has a decent amount of charm, however.


Following the first, I made plenty of stopmotion videos for school. Getting a decent webcam and microphone helped a bunch and my next was Viva La Revolución - A Tale of Two Cities Lego School Project which took nearly a month from start to finish. This was made with two other friends but I easily did 75% of the work (because I'm a control freak when it comes to these things). It got a 97.5% which was pretty cool and I made two more over the course of my high school career (with the help of some friends).

All of these projects were all school related which made them pretty restricted with content and quality. But with Brickworld coming up, I wanted to create the best film I possibly could. Of course, there's still a lot about the film I don't like due to, again time restrictions I didn't forsee, but oh well. Here's "Wings":


It took home Best Film and Most Popular film (the first film to ever do so) which was incredible. 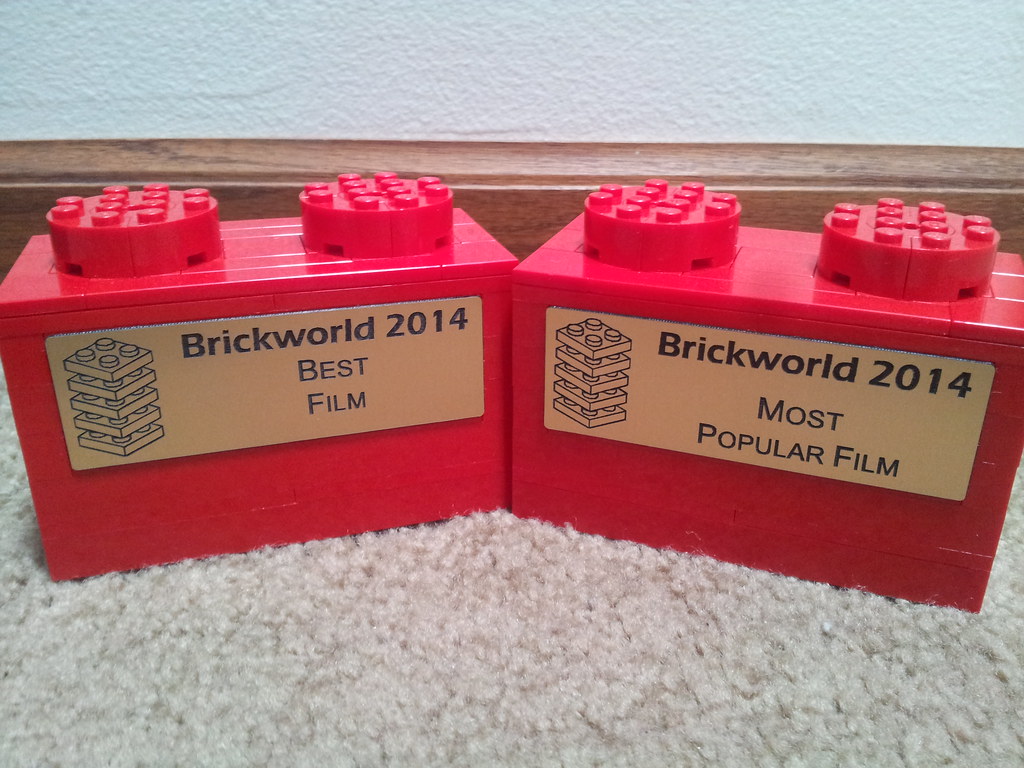 Haven't made a post on here for a while, hence the short length of this one. Back with more sooner or later. Now to get started on next year's!
Posted by Casey M. at 12:58 PM No comments:

The summer is ending waaaaayyy too soon so I've got to get my act together before the school semester starts. Luckily, there's an empty room in our basement now, so my brothers and I took over it and now claim it as "the hobby room".

The major problem is...resort time. Over the course of my huge summer Lego spree in '10 to the lack of Lego-ness in early '11, a ton of Lego has built up and ready to be sorted... 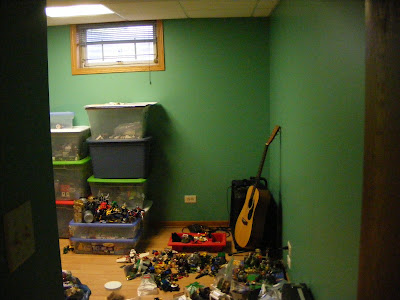 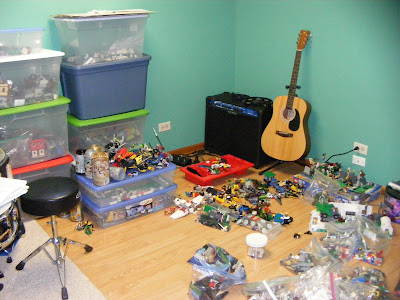 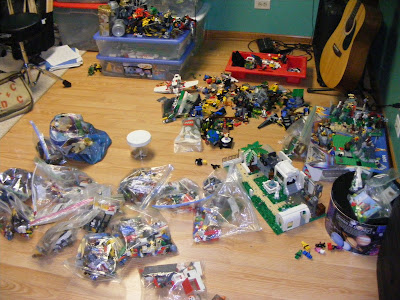 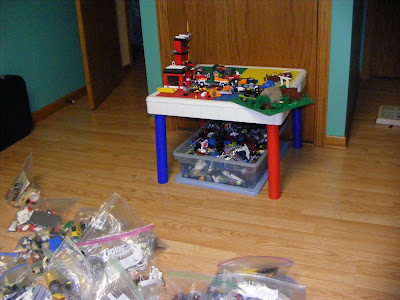 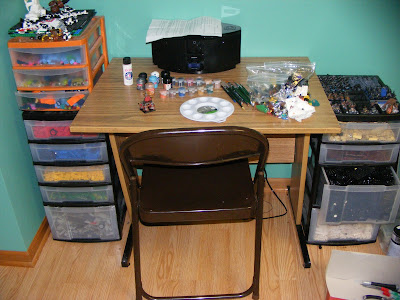 My old bins are starting to over-flow so it's probably best to re-invest too. I've already started on the sorting at this point. There were a couple more bags that needed to be sorted too, so it might take a while at the rate it's going. But! Gotta' get it done...

Email ThisBlogThis!Share to TwitterShare to FacebookShare to Pinterest
Labels: Hobby

Alrighty fellow Lego enthusiasts! I'm off to vacation! Time to reflect and relax, and prepare for the upcoming school year.

Be sure to read my latest interview where we catch up with Ben Caulkins, despite being not all that mosaic related, it was a ton of fun talking with him.

Ok, so I'm going to be posting my whole "situation" on my goals and stuff, but I wanted to mention something I built: "Because he's not a hero.
He's a slient guardian.
A watchful protector.
The Dark Knight."
Built this little Batpod for the stop-motion animation feature I'll be creating for the "Lego Superheroes" contest. I sat down with my 6 year old brother one day and we used this video: ClickyClicky as a base and we went on from there switching the design around to suit a minifig better.

While I don't think this is the most accurate design of the Batpod, I think that this is one of the more accurate ones for a minifig. The wheels don't really spin (because of this too complicated to explain wheel design I had), but I like the body of it better.

In order to attach the hand bar contraption to the body, There was a lot of "just about illegal connection points" for it, so it almost barely works. It should also be mentioned that the Brickarms U-Clip that I bought at Brickworld 2011 was used to connect the handle bars.

Anyway, point being, this is coming up in an animation. A lot more pictures will be up on MOCpages when I get better photos. I need to switch my lightbulbs from the annoying yellow-ish ones to the white ones (too lazy to look what they're both called!).

I enjoyed building it. ;-D

Email ThisBlogThis!Share to TwitterShare to FacebookShare to Pinterest
Labels: My MOCs

A Trip to the DMV

Upon entering the DMV, the outside parking lot's pavement was cracking, and there were potholes everywhere. The grass was trampled and dying while there was loose trash floating in the wind. A dark cloud hovered above the place while a lightning bolt shot at it in the background. The tornado siren started to go off as small drops of rain started to come pouring down 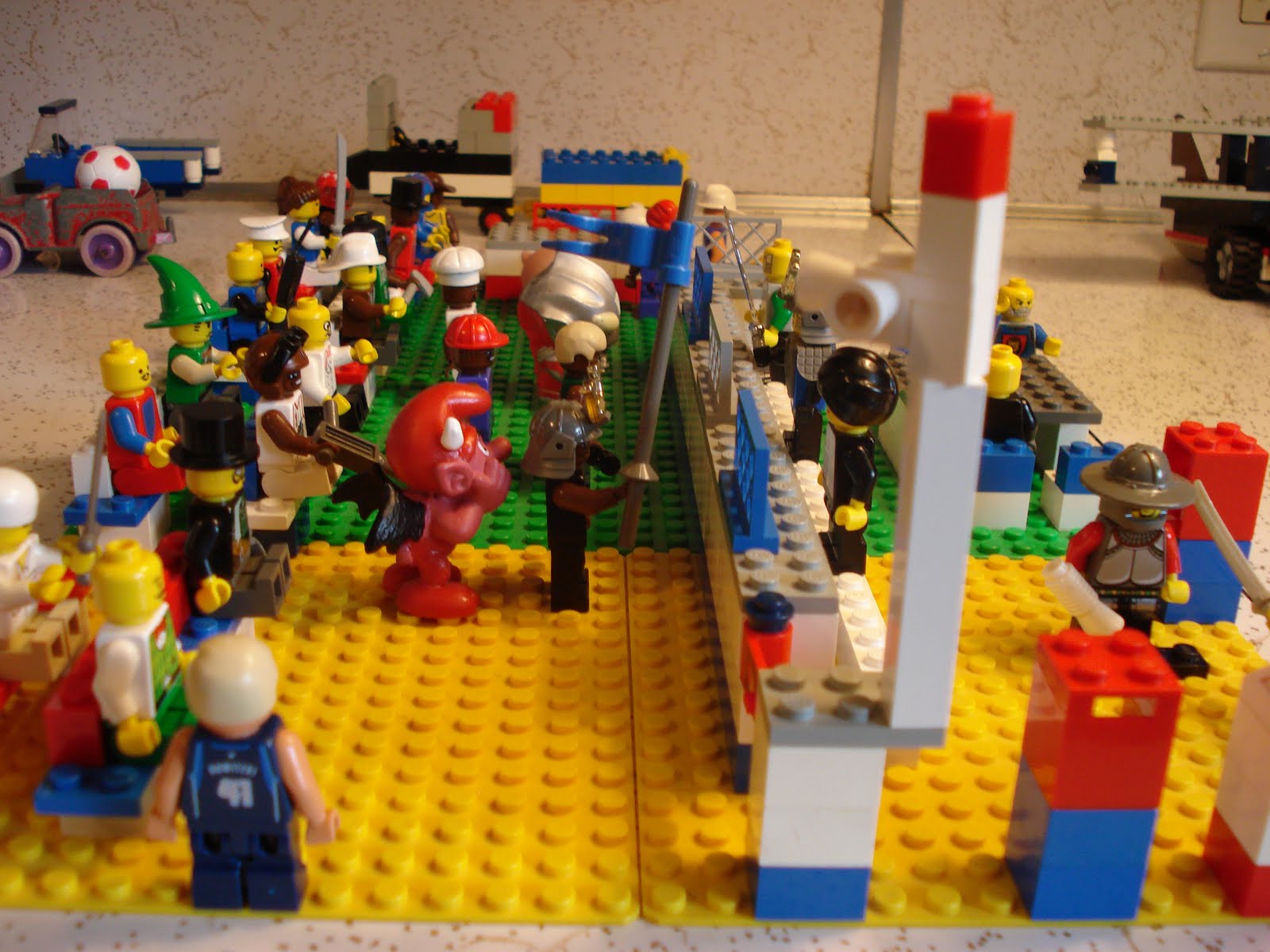 Only picture of a Lego DMV I could find!
The building looked like it was built in the '70s and hadn't been updated since. It had signs everywhere that they strangely don't accept visa. The entire building was surrounded by rusty barbed wire that a 2 year old could climb over. It was filled with smelly old ladies who were laughing at each other's awkward jokes as small Chinese Woman failed a vision test. The room I had to sit in was over saturated with middle-aged, balding men and people who looked like escaped convicts. It was terrible.

Welcome to A Boy and his Bricks!

Yup, it's me. Casey M. I go by forestboy, EpicCookieStudios, Casey, Casey M., MosaicBricks, TheMegaMiner, and some other names as well. Welcome to my personal blog! This is just a little introductoin that I didn't really want to write, but decided to anyway.

Here on this blog I'll be talking about 80% Lego and 20% other + life stuff. Hopefully you'll find this interesting.

I'll be posting a new post soon of my goals for the school year and the summer and then we'll actually start posting about it!

Anyway,
Thanks for reading!
Casey
Posted by Casey M. at 9:19 AM No comments: